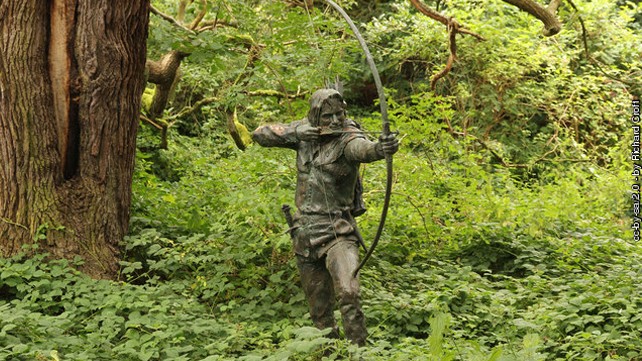 One of the latest film versions of the Robin Hood myth , presented in May 2010, sees the hero of Loxley played by Russell Crowe .
The film by director Ridley Scott has revived interest in this mythical character, whose origins are shrouded in mystery.
The figure of the outlaw who stole from the rich to give to the poor is probably a legend. The Sherwood forest and the city of Nottingham are decidedly real.

Visiting these places, the theater of adventures that have so excited us as children, can be a pleasant diversion during a holiday in England.

The home of Robin’s worst enemy, the Sheriff of Nottingham , is located on the River Trent in central England. It was originally a Saxon village, today the pretty medieval village is an important center for tourism. 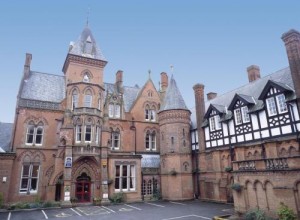 The Nottingham Castle is a charming seventeenth mansion century, built on the ruins of an ancient manor. Inside it houses a museum with collections of canvases, decorative paintings and objects of military use. In the courtyard, a theatrical statue of Robin Hood has been placed which throws an arrow.
For a stop there is nothing better than the “Olde Trip to Jerusalem” inn ; built in 1189 it is one of the oldest in England, and Robin Hood most likely ate there.
The maze of galleries and caves under the city, probably dating back to pre-Christian times, can be visited with a guide.If you wish to extend your visit, we recommend an excursion to Belvoir Castle , built by William the Conqueror in the 11th century.

The Sherwood forest is about 459 acres wide, many majestic deer live among its 900 secular oaks, among which the Major Oak stands out , which with its eight hundred years is considered the oldest oak in England. 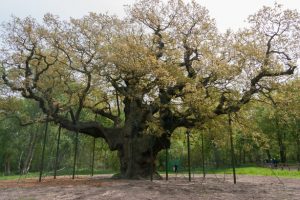 The forest and city of Nottingham are the backdrop to the Robin Hood Festival every May . The population gives life to an immense medieval reconstruction, which includes figures, period gastronomy, archery lessons, parades and seminars.

The other places that are part of the myth are the church of Annesley , where Robin Hood is said to have been baptized and Blidworth , the birthplace of Lady Marian.
The more romantic spirits should not miss a visit to Edwinstowe Church. This is the rustic church where the two great lovers got married in order to be able to live happily ever after , as usual. 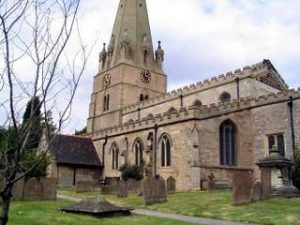 Did you enjoy visiting Nottingham and Sherwood forest? another nice experience to do on English soil could be a visit to the Hampton Curt labyrinth .