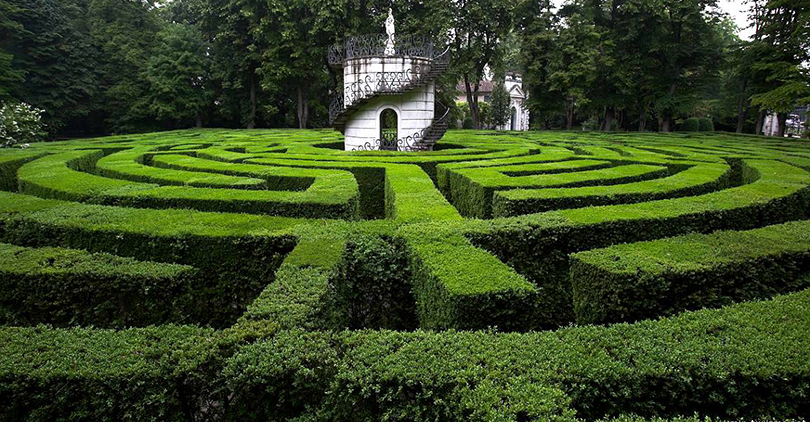 If you love gardens and also play, maze gardens are a special experience to live alone or in company. It can indeed be a fun moment to share with friends and children. There are many labyrinth gardens in Italy and around the world, and we have selected some of the most beautiful and worth seeing, and living!
If you are ready, then, let’s start!

Gardens with labyrinths In Italy

The garden of Villa Pisani in Stra , along the via del Brenta in the province of Venice, has one of the most beautiful labyrinths in Italy.

The labyrinth of the Barbarigo garden in Valsanzibio di Galzignano Terme always in the province of Padua.

At San Pelagio Castle in Padua there are 2 mazes to see.

At the Masino Castle in Caravino, Turin, there is the botanical labyrinth.

The gardens of the  Reggia di Venaria Reale with its maze of sunflowers.

The labyrinth garden of the Kränzel wine estate in Merano in the Trentino Alto Adige. If you want to go further, here are solutions all over the world! 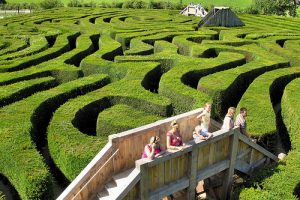 The famous maze of Hampton Court in England, 800m long, is a masterpiece of hornbeam and yew planted in 1690, where it takes an average of 20 minutes to reach the center. It is located in London .

Longleat Hedge Maze is the spectacular longest hedge maze in Longleat in the world. 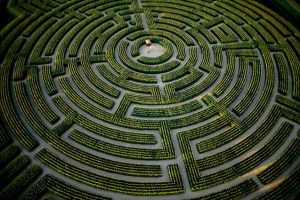 In the castle of Villandry , Indre-et-Loire, there is a small labyrinth of hornbeam replanted according to the designs of Androuët du Cerceau.

The Ribeauville labyrinth in Alsancy, France.

In Brittany there is a labyrinthine garden with non-transparent walls that acts as a green casket for contemporary sculptures. The La Ballue & Ses Giardins .

In the recently created Château de Chenonceau , Indre-et-Loire, a labyrinth inspired by a drawing dating back to the era of Caterina de Medici. 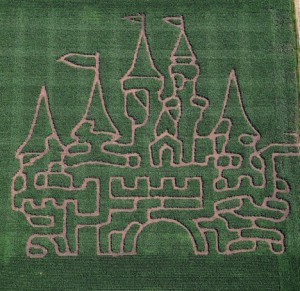 Maze Gardens in the World

The Labirinto de Horta in Barcelona.

The maze of Russborough in Ireland.

Ashcombe Maze & Lavender Gardens near Melbourne is the largest and oldest labyrinth in Australia.

In the US ‘is the Cherry Crest Adventure Farm in Lancaster County, Pennsylvania.

One of the largest mazes in the world, the Garden Maze Pineapple offers more than three kilometers of footpaths over three hectares. Instead of a traditional English cover, it is planted with 14,000 colored plants, including Hawaii, hibiscus, croton, Panax, pineapple and heliconia. It is located in Wahiawa in Hawaii. 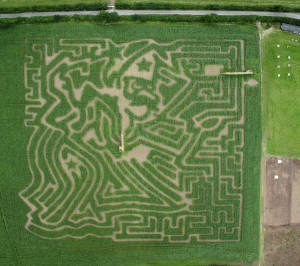 … and if you want to build your own maze, here is a specific site with a lot of material.