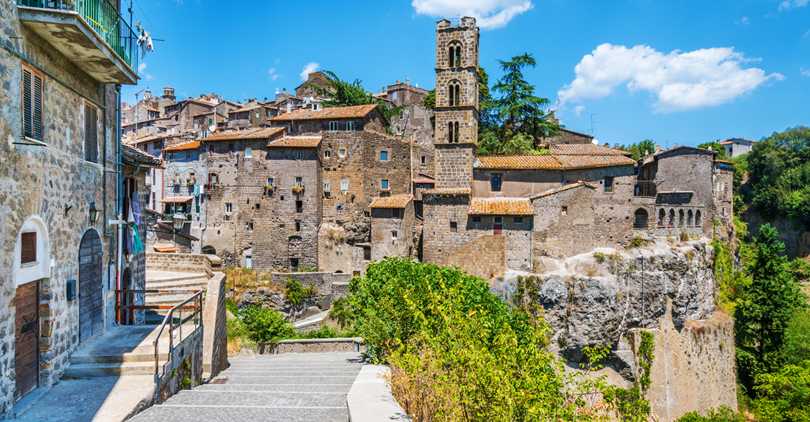 The town of Ronciglione is located in Tuscia , the province of Viterbo, west of Lake Vico, about 50 km from Rome.
It is a town of about 9000 inhabitants that rises on the southern heights of the Cimini Mountains , founded about 1000 years ago.
It is a place rich in history, folklore and tradition, also famous for having been the location of several cinematographic films and for its great annual events such as the “Carnevale di Ronciglione” or the “empty races” of horses.
If you want to visit Ronciglione in the province of Viterbo, we recommend that you first read our article for more information on what you can find in this country.

Let’s find out together! 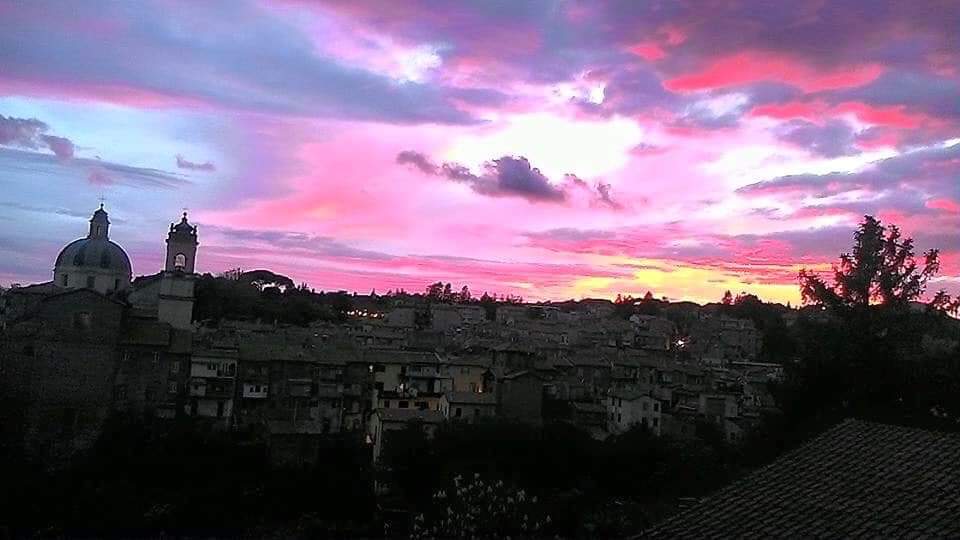 The foundation of Ronciglione is traced back by historians to the year 1045 by the prefects of Vico. The first historical document in which the name of the municipality is mentioned is from 1103.
Ronciglione was dominated by the Farnese family , under whose lordship it had its most splendid and flourishing period between 1526 and 1649.
In the old village of the village there are then traces dating back to the end of the 16th century which attest to the presence of a small Jewish community in the municipality. 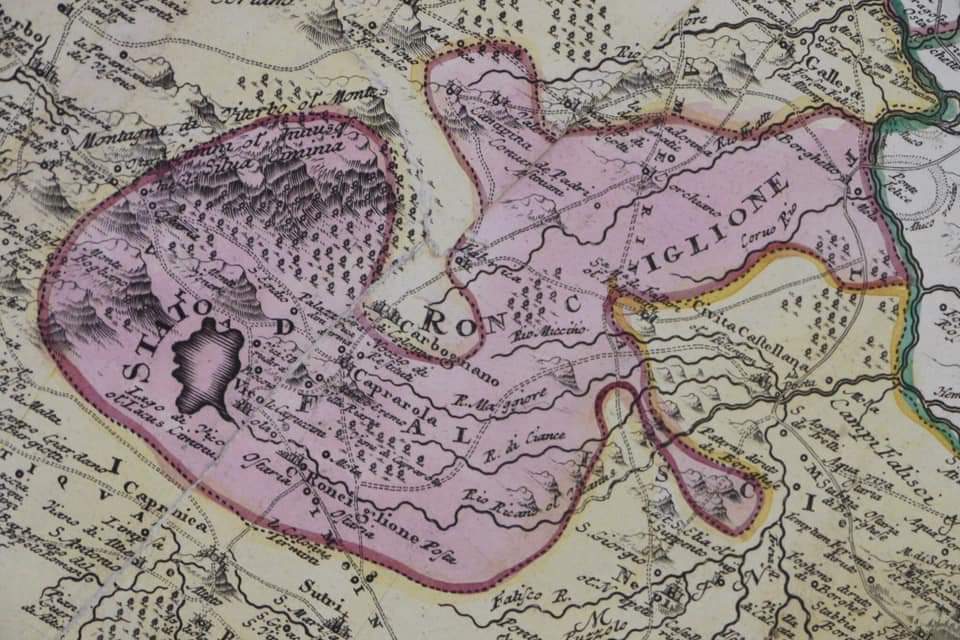 Ronciglione soon became an economically very advanced center thanks to its manufacturing industry, in particular as regards the production of copper, iron, weapons and ceramics. In the same period, with the growing increase of paper and printing works, he enjoyed great liveliness also in the cultural field , seeing the birth of important Academies and typographies, which Tasso also used for the publication of the first edition of his “Aminta” .
A place much appreciated by the papacy, with Pope Benedict XIII who in 1728 even erected Ronciglione Città, during the anti-French movements of the late eighteenth century a firehanged by the troops of General Valterre and flared from 28 to 30 July 1799 he destroyed almost two hundred buildings, including also the historical archive of the town.
During the American bombing of the Second World War , finally, the country was severely tested and deeply damaged.

Monuments and places of interest in Ronciglione:

Ronciglione is a real treasure trove of beauties to be discovered.
On its historic cliff stands the village of the historic center, divided into two main nuclei, one of a medieval mold and the other of the Renaissance style , dominated by the Castello della Rovere: it is the defensive construction that has protected the country from attacks over the years enemies, called by the Ronciglionesi ” I Torrioni” and which, throughout history, belonged to the various great Roman families that succeeded each other, therefore the Anguillara, the Farnese and finally the della Rovere.
At the center of the village there is the beautiful Fontana Grande or “degli Unicorni”, made of sandstone in the 16th century by Antonio Gentili from Faenza. 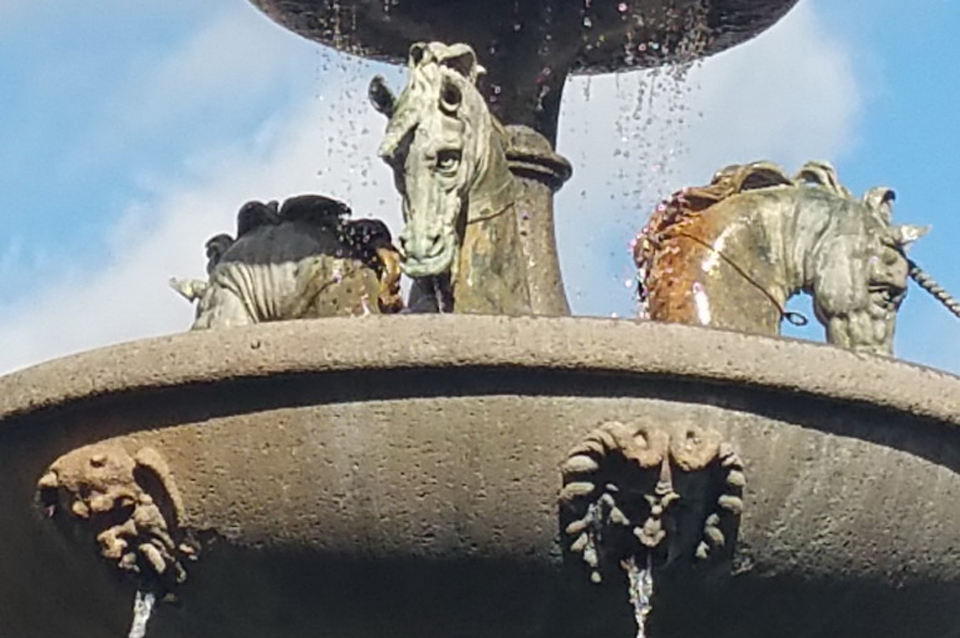 The most important church in the village is undoubtedly the Duomo , in classic Baroque style. But the country also has other places of religious worship not to be missed, such as the churches of Sant’Andrea, Sant’Eusebio and Santa Maria della Provvidenza. The latter is located on the edge of a ravine on the edge of the village. 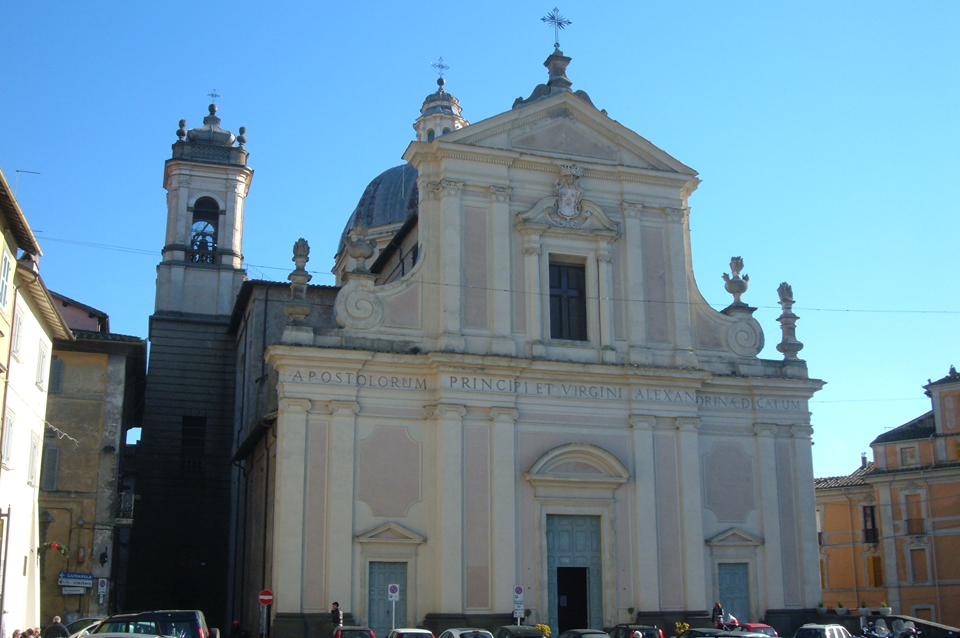 To visit, then, Porta Romana that divides the historic center of the town from the south, the House Museum of the Venerable Mariangela Virgili, transformed into a museum by the faithful of Mariangela Virgili , Carmelite Tertiary of the Ancient Observance for which a process is currently underway beatification, and finally the Town Hall designed by the architect Sebastiano Cipriani.

The Carnival of Ronciglione

It is one of the flagships of this country, among the most beautiful and ancient of Central Italy. It originates from the typical Roman Renaissance and Baroque carnival. It starts on January 17th of each year to end with ten days of great celebrations.
During the Carnival of Ronciglione, in addition to the masks and the exceptional allegorical floats on the parade, the music of the famous town band never fails. As well as the traditional hussar parade. It is a traditional horse parade in memory of a particular event. A French captain in fact had his troops parade to breach the heart of a woman born Ronciglione.
Equally typical and original is the parade of the so-called ” Red Noses”. They are local masks that tour the city intoning hymns to wine and forcing anyone on their way to taste the typical rigatoni with local sauce. Which would also be nice, except that they are contained in pots in the shape of a chamber pot!
And if you are good forks, during the days of the celebrations, the ” Jotto Carnival ” is truly unmissable . You will stuff yourself with porchetta, polenta, beans and other local delights! 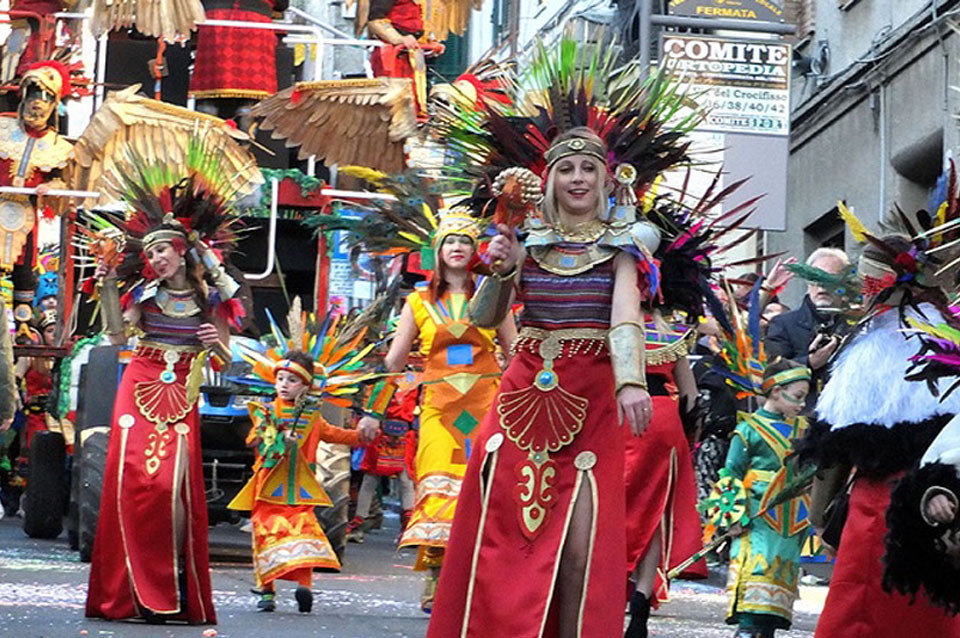 Very famous are the “Empty Races” of Ronciglione, an event very similar to the Palio di Siena but different because the horses run without jockeys. It is a real Palio in which the nine districts of the town challenge each other by throwing their horses through the city streets. Specimens trained throughout the year by the respective stables to face this event.
Each district has two horses, which compete for the victory in two days of races that include qualifying “heats”. The final is eight horses. The animals run, after being “shaken”, on a mixed path of asphalt, earth, sand and pavé. First they go through a particularly difficult narrow arch and then, overcoming the arduous climb of Montecavallo, they arrive at the finish. 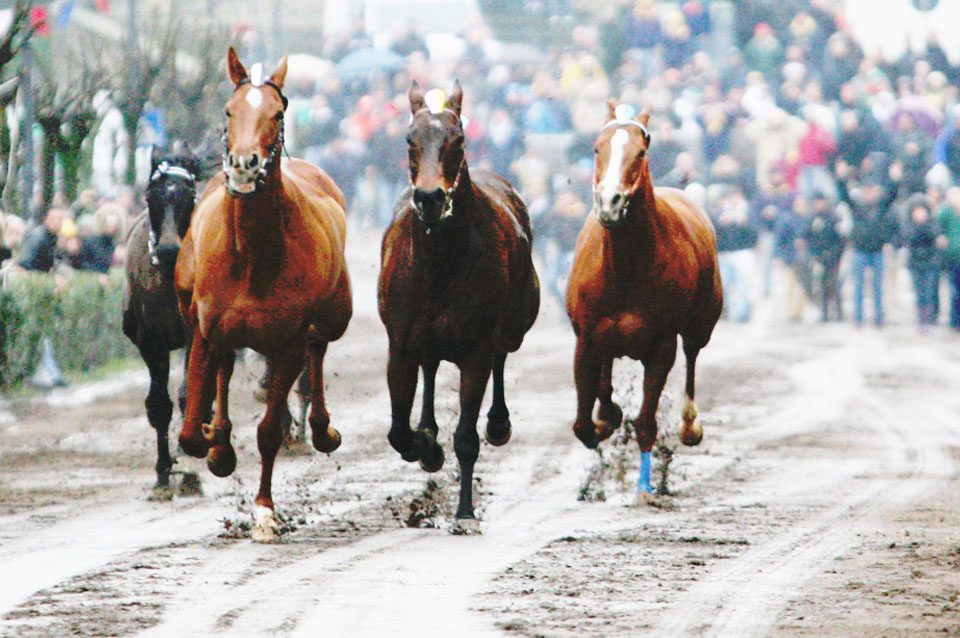 The living Nativity of Ronciglione

Another tradition of Ronciglione is the living nativity scene. The structure of the village is absolutely suggestive and perfect to give life to what has materialized in the country for some years now. In fact, Ronciglione becomes the scene of a representation in which hundreds of costumed people participate . There is a careful preparation also of shops, houses, churches, artisan shops and the presence of farmers and animals. An exceptional effort on the part of the Ronciglione community, and one more occasion to visit Ronciglione in the province of Viterbo over the Christmas period. 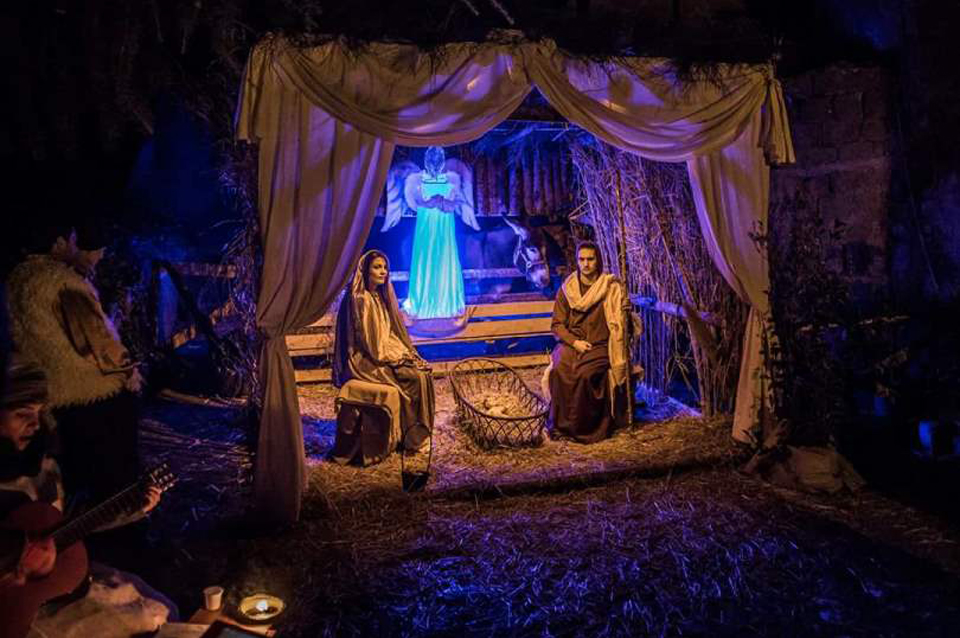 Ronciglione in cinema, entertainment and other curiosities:

Visit Ronciglione in the province of Viterbo is also an excellent choice for cinema lovers. In fact, several films and TV series were shot in Ronciglione. Among the many, it is impossible not to mention “Life is beautiful” by Roberto Benigni, winner of the Oscar in 1997, where the village station was used, but the list is really nourished, and ranges from films such as “Lo Scapolo” with Alberto Sordi in ” L’Armata Brancaleone “ by Mario Monicelli, up to the recent TV series of formidable success “Crime Novel” .

In Ronciglione the italian singer Marco Mengoni was born, who shot the video of his song which soon became a hit “Muhammad Ali” on the streets of the town, accompanied by the local band. If you are a fan of Marco, you must visit Ronciglione!

The godmother of Italian fashion Anna Fendi has chosen Ronciglione to open her B&B with Restaurant “La Canonica” and has been organizing events and competitions for years in this beautiful country, which has now entered her heart.

Last but not least, a few steps from Ronciglione is Lake Vico, one of the most beautiful in Italy. It is probably the best preserved among the Italian volcanic lakes and also the highest in reference to the sea level.
Inside there is the “Natural Reserve of Lake Vico”. Numerous rare species of wild animals live in an unspoiled and unspoiled nature, ideal for trekking walks. 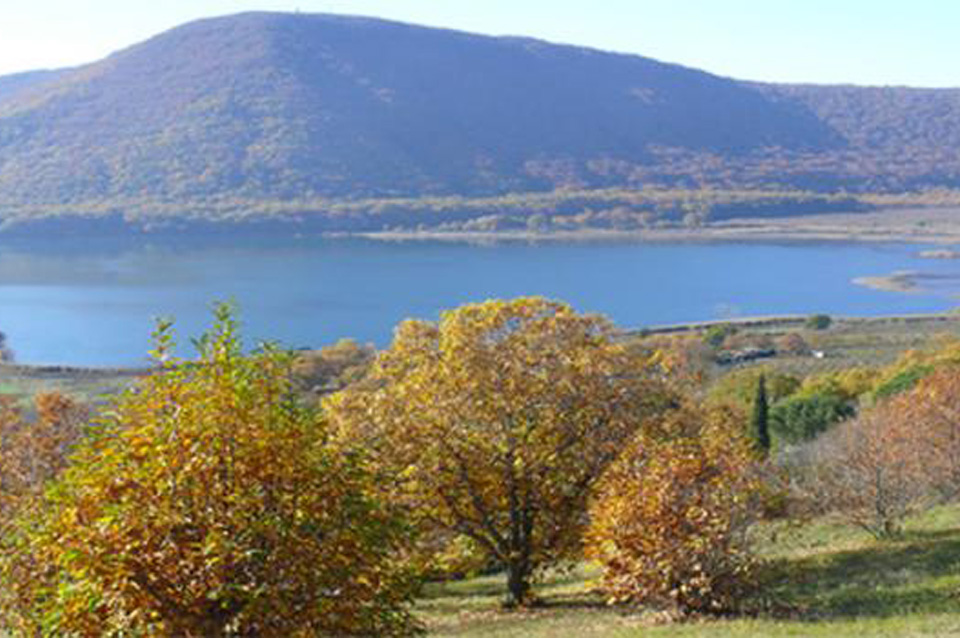 To visit Ronciglione in the province of Viterbo, you can park for free in the area of ​​Via della Resistenza, more precisely in Piazza Mancini, immediately after the post office. An alternative is to stop near the hospital, in Via dell’Ospedale di Sant’Anna, not too far from the historic center. Otherwise, the town has several paid parking lots with a blue stripe, starting from the most central area by far, which is in Piazza Principe di Napoli (Piazza del Comune). 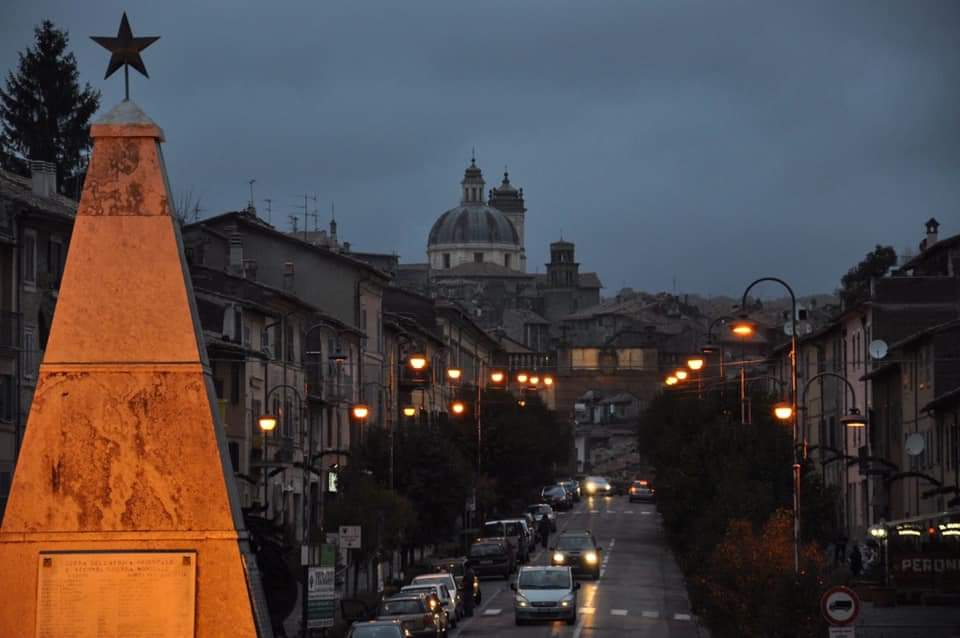 Weather in Ronciglione from here to 5 days: 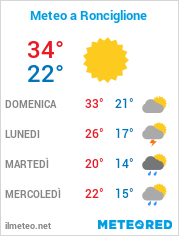