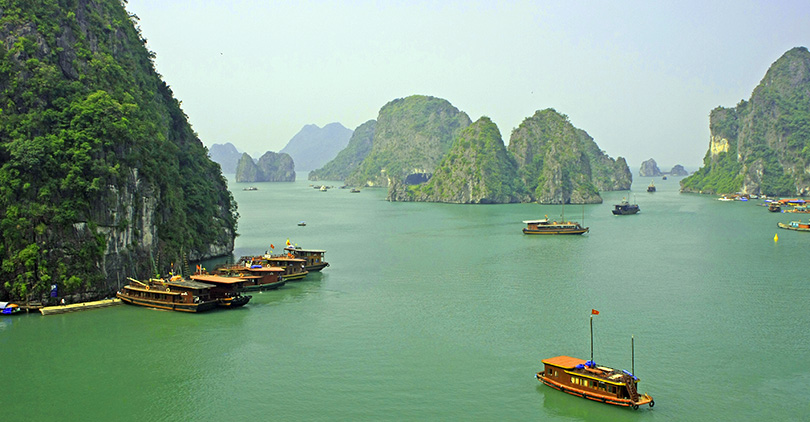 Let’s try for a moment to imagine a new place to live or where to spend the “buen retiro” after retirement.

There comes a time when we realize that probably where we live is not exactly where we want to be. And, with the euro strong, leaving Italy could be a smart strategy to live comfortably on your savings and maybe even increase them!

Here we have made a ranking of the 5 cheapest countries to live and where to go on vacation according to the source GOBankingRates based on Numbeo.com data.

The 5 cheapest nations to live in are sorted by four basic parameters: the purchasing power of an average salary, the cost of services, consumer goods and rents.

Among the least expensive countries, rent is at least 70% less than in New York, purchasing power is at least 40% less, and consumer goods and services cost less than 30%.

Now let’s see, in detail, the 5 cheapest countries to live in.

South Africa is the cheapest country to live or retire. It is also the world’s largest producer of platinum, gold and chromium, which allows the economy to run and create wealth. This has resulted in local purchasing power that is significantly higher than that of all other countries, which effectively puts South Africa at number 1 among the cheapest countries in the world.

Local purchasing power is 26.9% higher
The rent is 87.5% cheaper
Groceries are 71% cheaper
Local goods and services are 65.8% cheaper

For completeness of information, below we find the entire ranking of the 50 cheapest countries to live in. From the least expensive at no. 1, to the most expensive that is last in the standings

India is the most populous country among the 50 cheapest nations to live with its 1.25 billion inhabitants. Its main industries include textiles, chemicals, and food processing. India also has relatively high local purchasing power in the major cities surveyed. Living in India can be cheap; its rent rate is very low, second only to Nepal. India also has some of the lowest prices for consumer goods and food.

Kosovo is located in Eastern Europe and borders Serbia, Albania and Macedonia. It has a population of 1.9 million, and mining and construction materials are the main industries in Kosovo. When it comes to costs, Kosovo scores the lowest index for consumer goods and food. Rental costs are also low among the lowest.

Saudi Arabia, thanks to its strong oil industry focusing on crude oil, oil refining and petrochemicals, is one of the wealthiest nations. Food is expensive in this desert country as are consumer goods, but with a per capita GDP of € 24,161 (according to the World Bank), its citizens have some of the highest local purchasing power in the world.

Kazakhstan is a central Asian state that borders Russia and China and faces the Caspian Sea. It is the ninth country in the world by extension and is about nine times Italy. Has a population of 18.2 milions of residents. The local economy is based on natural resources such as coal, iron ore and oil. The cost of living (of food and consumer goods) is lower than in most cheaper nations.