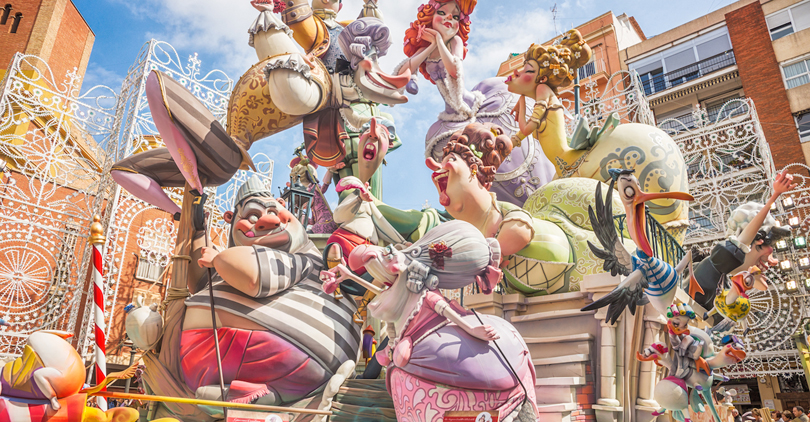 “Las Fallas” is the largest and most important festival in Valencia, celebrated with enthusiasm by the Valencians and known both in Spain and abroad. It was declared “intangible asset of humanity” by UNESCO in 2016.

The Las Fallas festival in Valencia is an event that has a certain resemblance to Carnival , in particular for the references to carnival floats, but which at the same time stands out profoundly in several respects.
It is celebrated between 1st and 19th March , thus culminating the day of San Josè, a figure to whom the event is linked and dedicated.

During the festival, the many allegorical sculptures / structures called ” Fallas ” (or “Falles”) are exhibited, made with flammable materials such as cardboard, wood and the like, which are scattered in every corner of the city.
The construction of these statues is very expensive and financed by some associations which then compete with each other to establish which is the most beautiful.

Winning is essential because on March 19, at the end of the celebrations, all non-winning works are burned , in a blaze of flames accompanied by traditional fireworks.
In short, only the best “Falla” will survive , and will be kept in the dedicated museum. 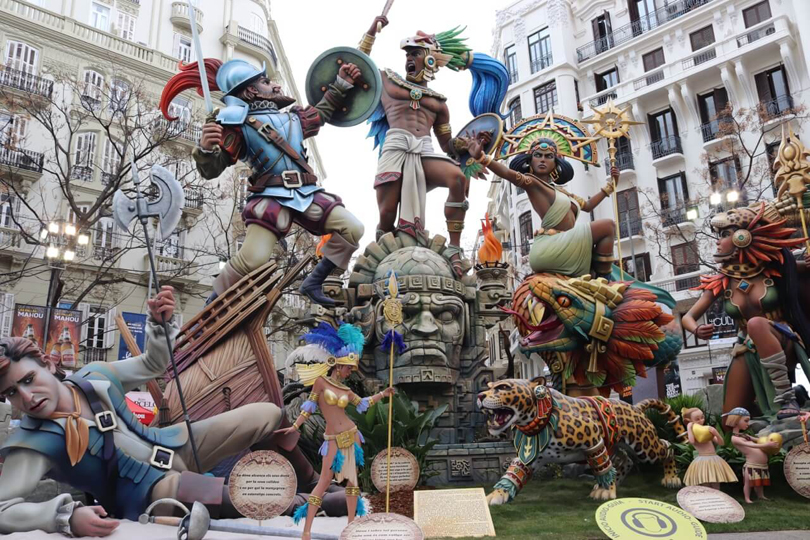 “Las Fallas” the festival of Valencia – Origins and Dates:

The history of the event has unclear origins. What is certain is that it already existed since the 1700s , even though large statues were not planned at the time. In fact, puppets were exposed on the city streets with which they made fun of the “bullies” on duty.
Only later did we move on to what instead has now become the symbol of the event, namely the construction of the imposing statues. The idea came from the carpenters of Valencia.

Let’s see the main dates and events of the event :

It is one of the emblematic moments of the event. These are fireworks fired every day at 14:00 starting from March 1st at the Plaza del Ayuntamiento , the beautiful square also home to the Valencian town hall.
Here gather citizens and tourists who witness the explosion of these fires with amazement and participation. Immediately after they resume their activities in the city streets.

March 15 is the day of the traditional ritual of “La Plantà”, or the assembly of the statues , which takes place at night. The buildings are absolutely impressive, often exceeding ten meters and are set up according to precise safety standards.

It is an important anniversary dedicated to the Virgin Mary and a very heartfelt and suggestive moment. All citizens go to the Plaza de la Virgen, where they bring a floral tribute to the “Virgen de los Desamparados”. 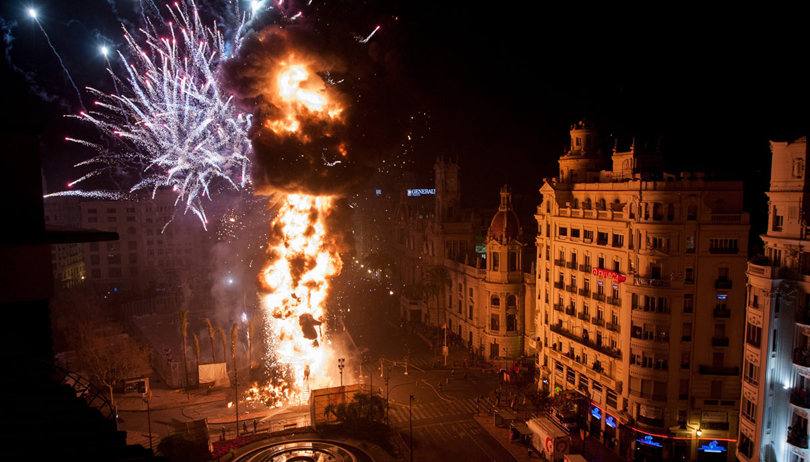 The evening of March 18 is dedicated to the fireworks , which last practically the whole evening until the main show, of about 30 minutes. It is a very characteristic moment, one of the most beautiful of the entire event.

Among all the statues, the winner is chosen and will be kept inside the Fallero Museum . All the others are set on fire , as per tradition.
This is the final act of the characteristic Spanish festival, a rite with multiple meanings: some attribute it to purification, others link it to the arrival of spring. 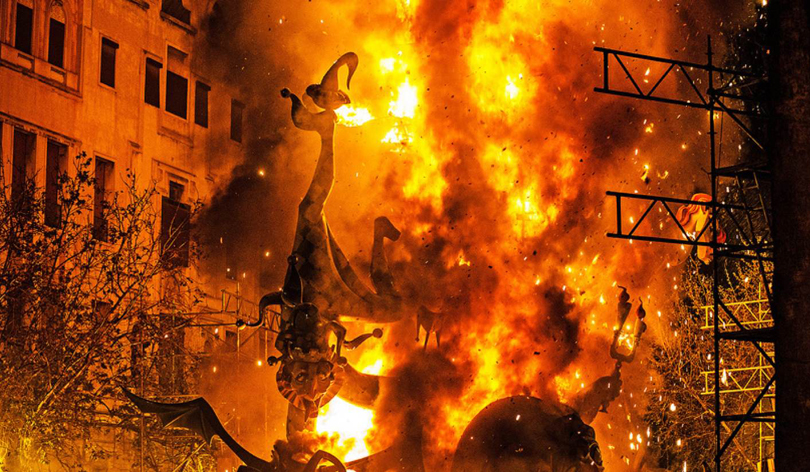 If you are thinking of planning your trip to Valencia , the key days to attend the “Las Fallas” party are those from 15 to 19 March , where most of the celebrations are concentrated. In any case, from the 1st of March the atmosphere of Valencia will be sparkling and dedicated to this event.
Know that if you intend to attend this heartfelt and spectacular event, it is advisable to book several months in advance. The festival in fact attracts many people to Valencia every year, from all over Spain and beyond.

Valencia is easily accessible because it has a famous and well-connected airport , served by all the main and best-known airlines.
And for those who love sports, a visit to the Mestalla Stadium, the playing field of the Valencia football team, is also very interesting. 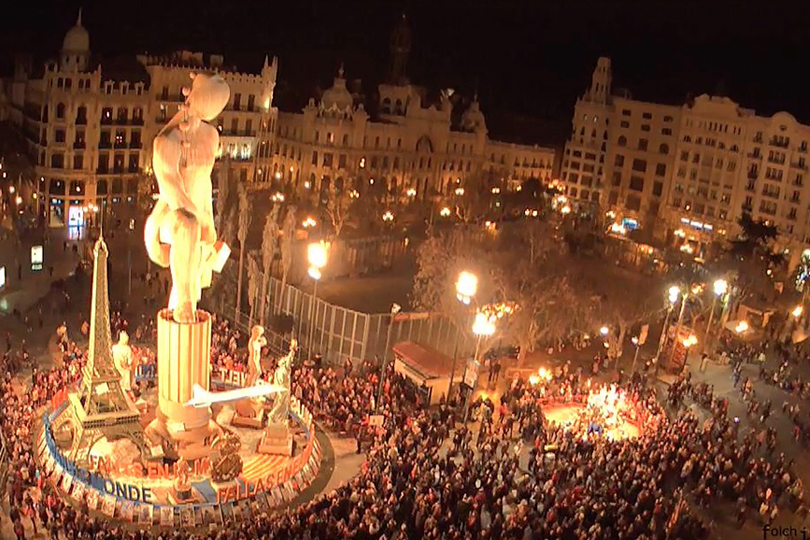 As for the overnight stay, Valencia is a cozy city , so it can be easily visited on foot in a weekend . It is however convenient, to fully enjoy the party, to find accommodation within the walls of the old city , even if it certainly will not be particularly cheap.

Therefore, to save money it may be better to move away from the center. Also because public transport in the city works well and taxis have acceptable prices, so travel will not be a problem .